Do you require finance?

In a series of television advertisements featuring Sir William Lyons, he referred to these cars as "the finest Jaguar ever". An unusual feature, inherited from the Mark X and S-Type saloons, was the provision of twin fuel tanks, positioned on each side of the boot / trunk, and filled using two separately lockable filler caps. Leather interior and electric windows all round feature as standard equipment. This particular example comes with a host of spares to keep any Jaguar enthusiast happy. A stainless steel exhaust is a nice touch.

Ever the ‘head-turner’ this XJ6 Series 1 is finished in British Racing Green (Jaguar 28461) and has received Two Pack paint in the mid 1990’s with the roof retaining its original Cellulose paint. Both rear wheel arches now show small corrosion areas along with the near side A Post but, do not retract from the overall appeal of the car. Chrome work is all in place and has been part replaced and restored.

A sumptuous clean interior is trimmed in original Jaguar Moss Green and is complemented by a walnut facia. The protective carpet mats have been replaced and are wear free. The headlining has been replaced and is completely intact and pristine. All the instrumentation and controls function correctly with the exception of the heated rear screen. The sculptured supple leather seats are immensely comfortable. Rear passengers can simply indulge in sheer Jaguar luxury.

Although a Series one car, interestingly, it left the factory with Series 2 wheels with its hubcap gold growler badges. All 205/70 R15 tyres have excellent tread remaining with the spare in good order too. The Girling discs with Lockheed servo pull the car up well assisting a power steering rebuild which took place in April 2015.

Registered new on the 2nd July 1973 by Mann Egerton of Cheltenham, this low owner example has covered just 108,565 miles from new. The original owner, Mr John Hughes, now deceased, passed the car to his daughter Marilyn, who sold the vehicle to Mr Christopher Beresford in 1991. With all MOT’s present from this period to date, the car is a credit to its previous owner who has clearly lovingly, painstakingly restored the car to its present condition. A detailed, chronological listing of restoration work from July 1991 – May 1997 is a joy to read. A host of receipts for further on-going work to the present day compliment the thick file which is a Jaguar Enthusiasts dream. This car could still be improved but, equally, it could also simply be used and enjoyed. 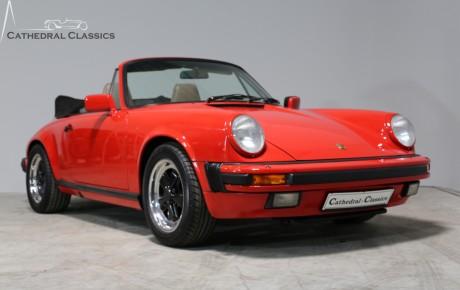 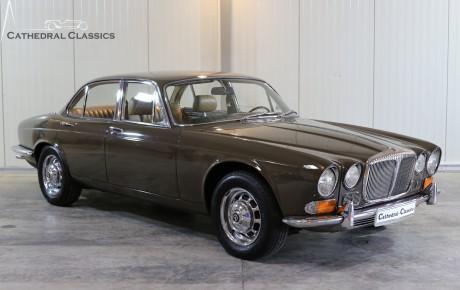 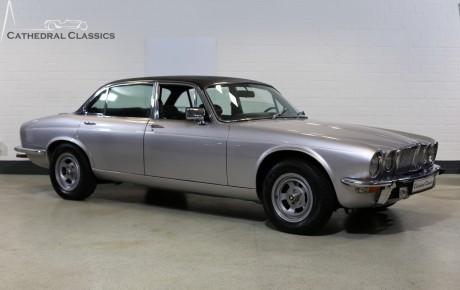