The Vespa is a Faro Basso (which means light down) and was named because of the front light on the wheel guard. This was the normal place for the headlight when production in Italy started 1947. This particular VN1 model had its first owner from Torino (Turin) who apparently had some engine problems and changed the 125cc engine with an 150cc engine from the Vespa „Struzzo“ which had the light up on the steering and was built parallel from 1954-1957 Our example has now the 5,4 HP unit and is of course a little sportier than its 125cc counterpart. So this Vespa has all good things from 1950’s period:. The classic early look and the power to rush up to Positano on the Amalfi coast… Today we might call this an „outlaw“… but things like this happened all the time in the region and are perfectly acceptable.

It was in reasonable condition when purchased in September 2021, but not perfect, so it was decided to offer it to a local Tuscany specialist well known for his Vespa restorations. Quite a lot has been invested but, the final result was absolutely worth it. Everything was renewed with NOS Parts or reworked with all rubbers replaced. Now the wee Scooter can keep up with the best-of-the-best. Some light running in will still be required and will re-adjust the brake cables before handover. 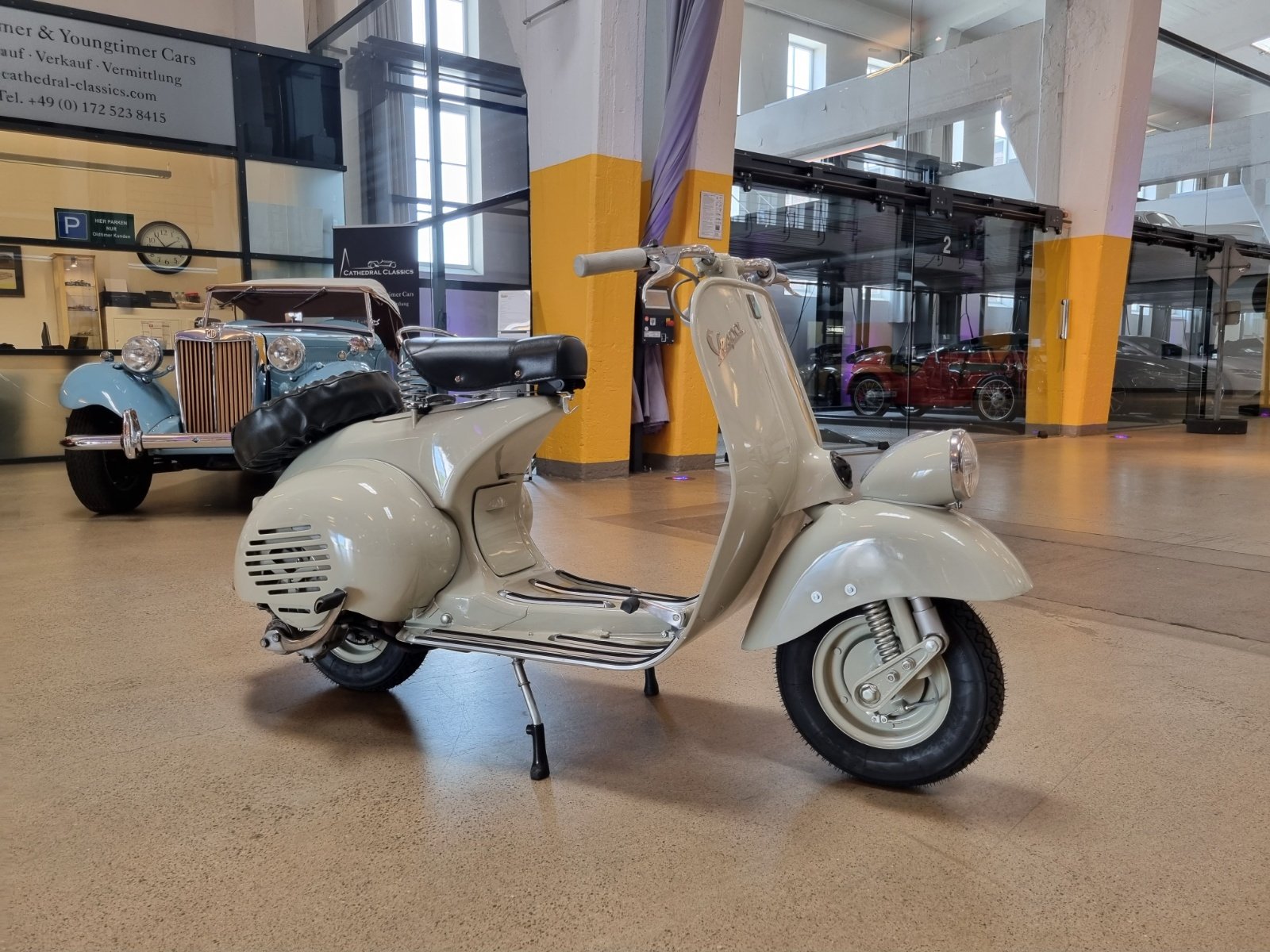 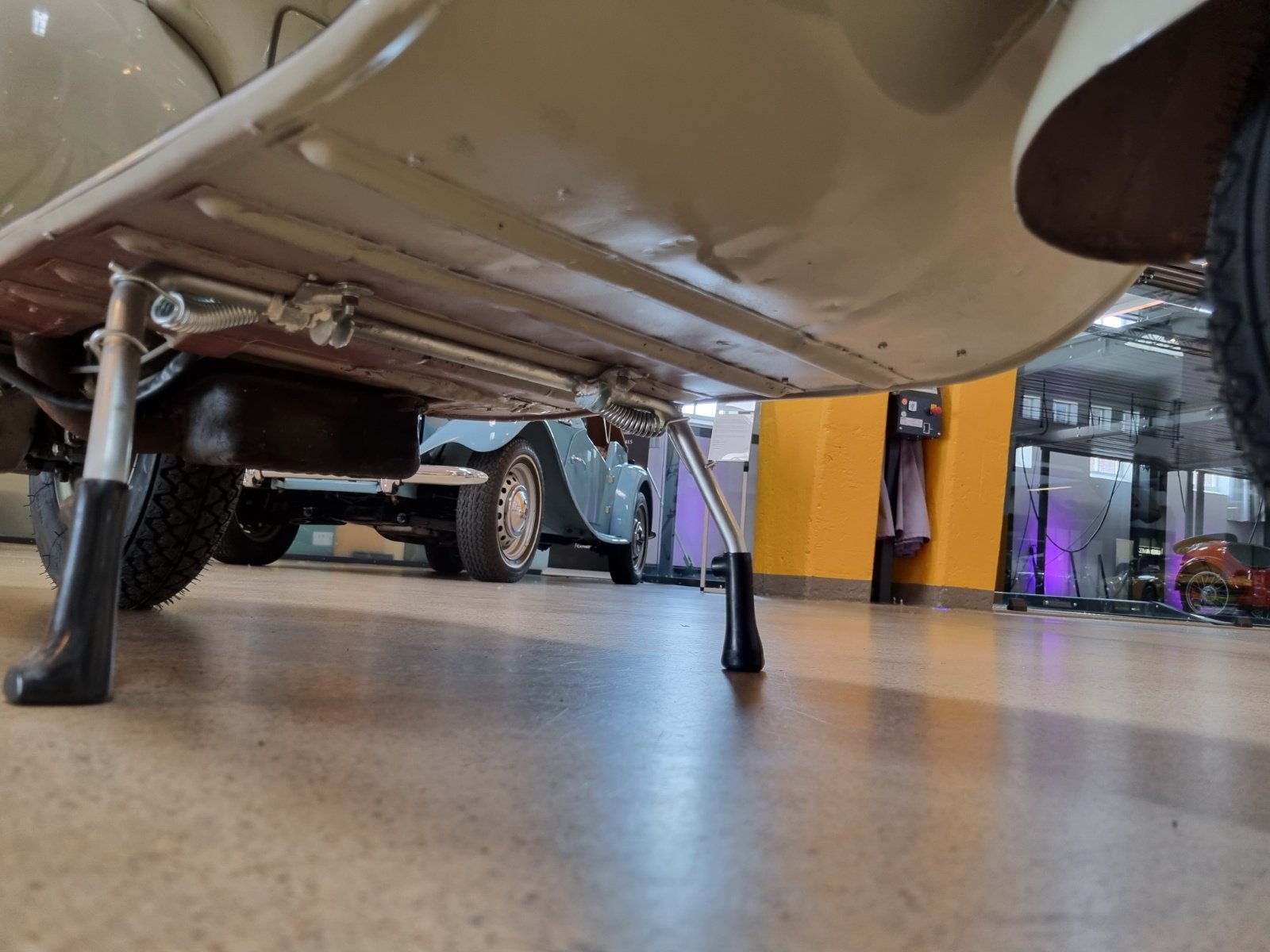 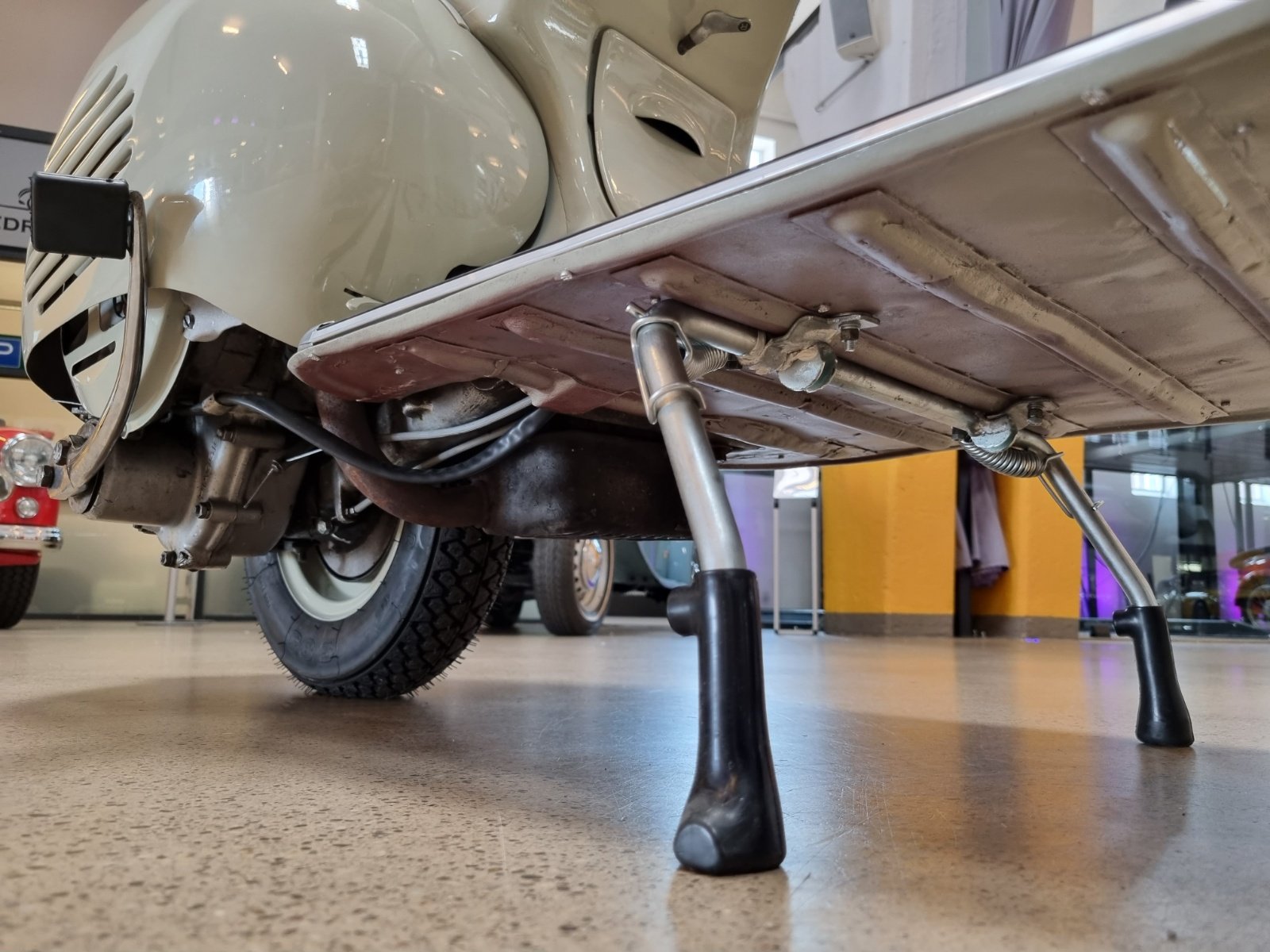 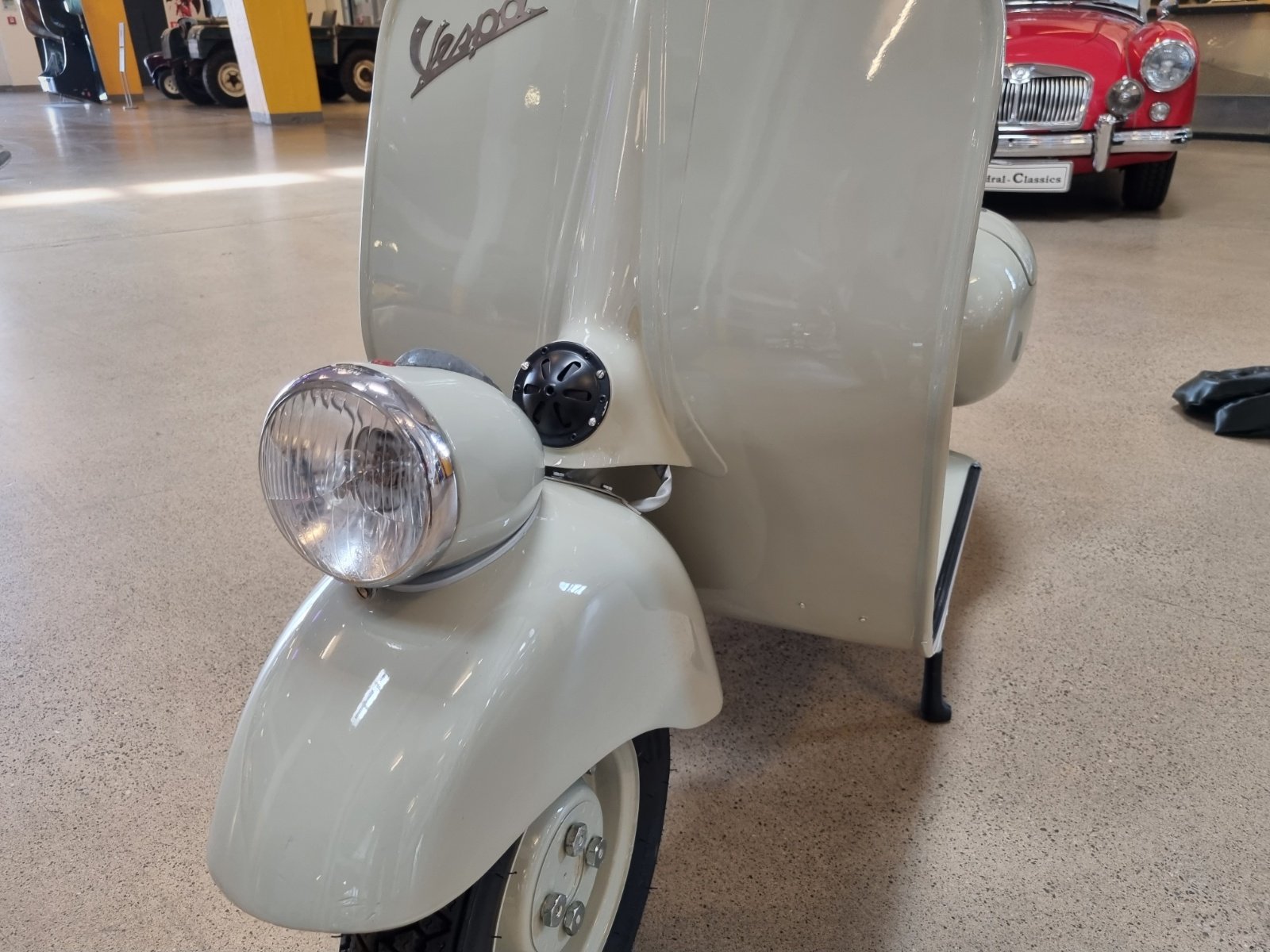 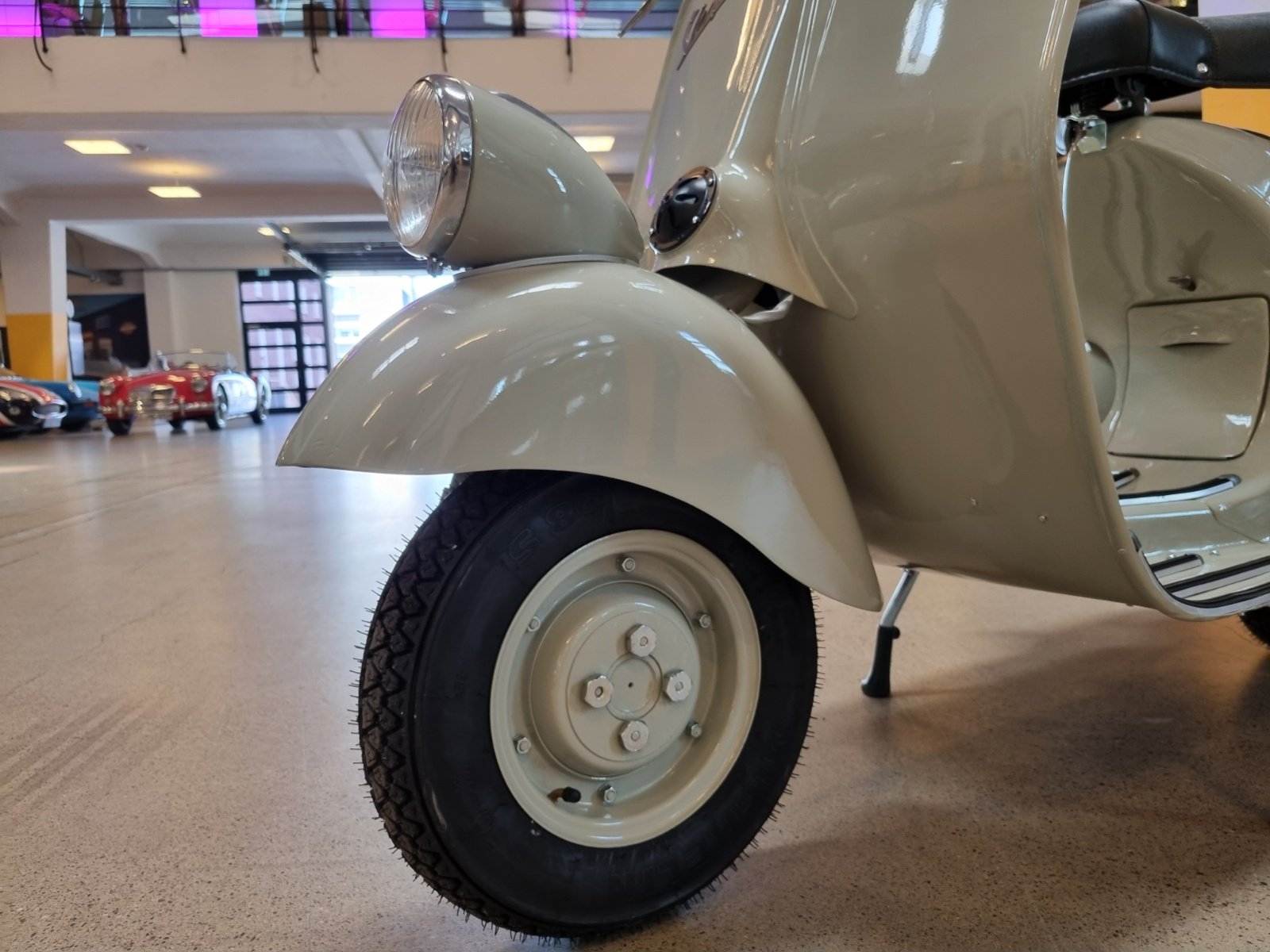 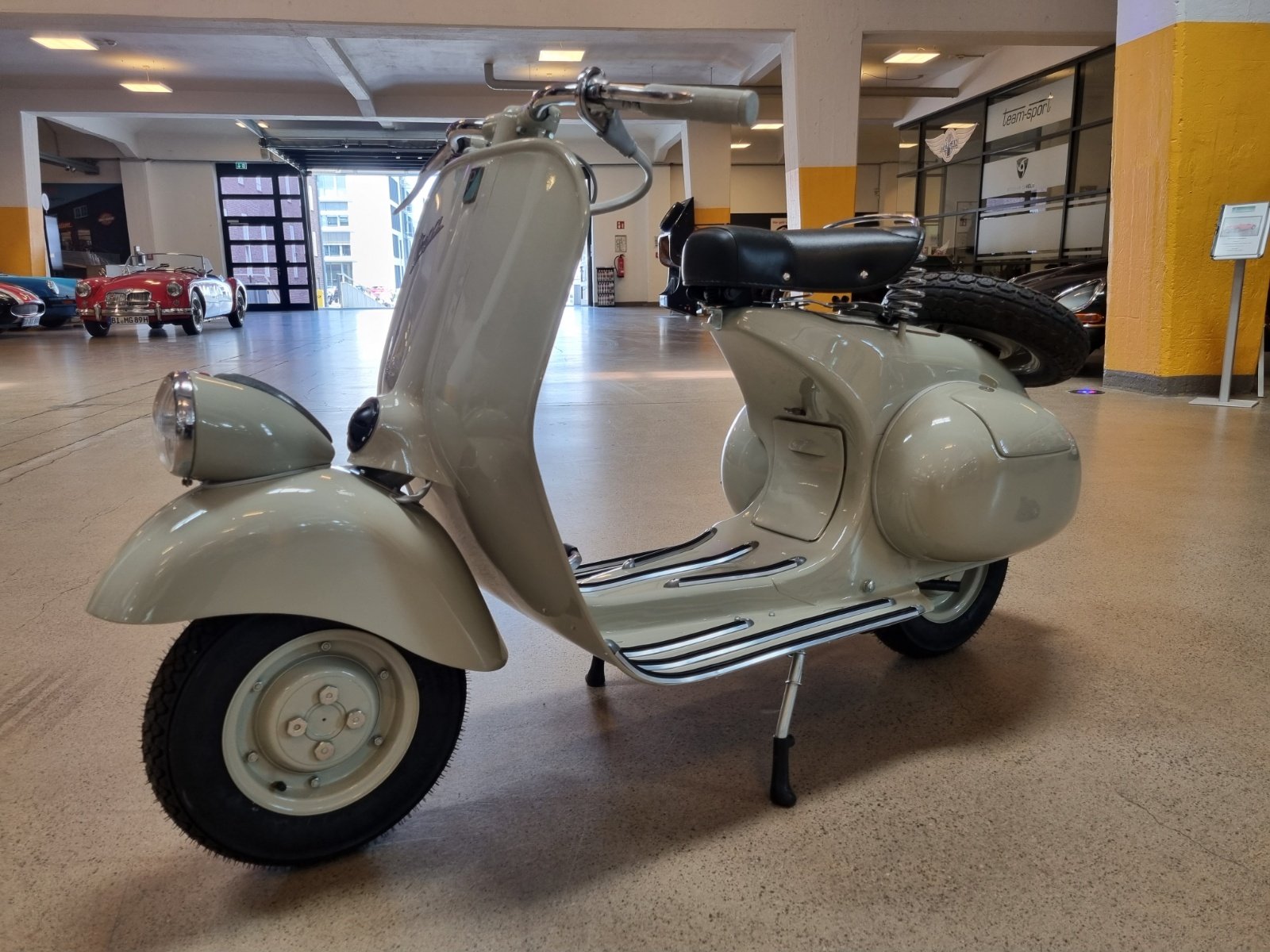 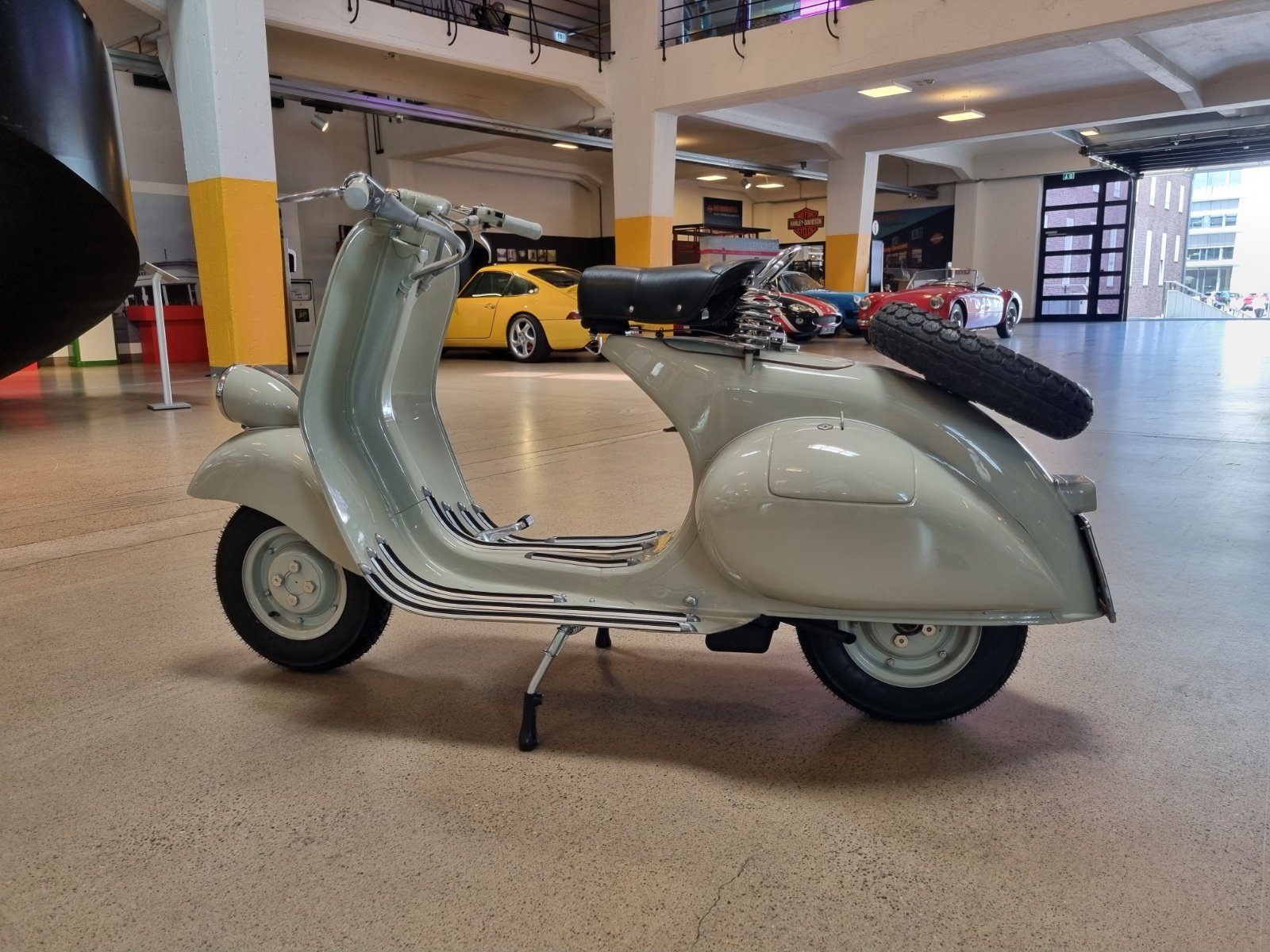 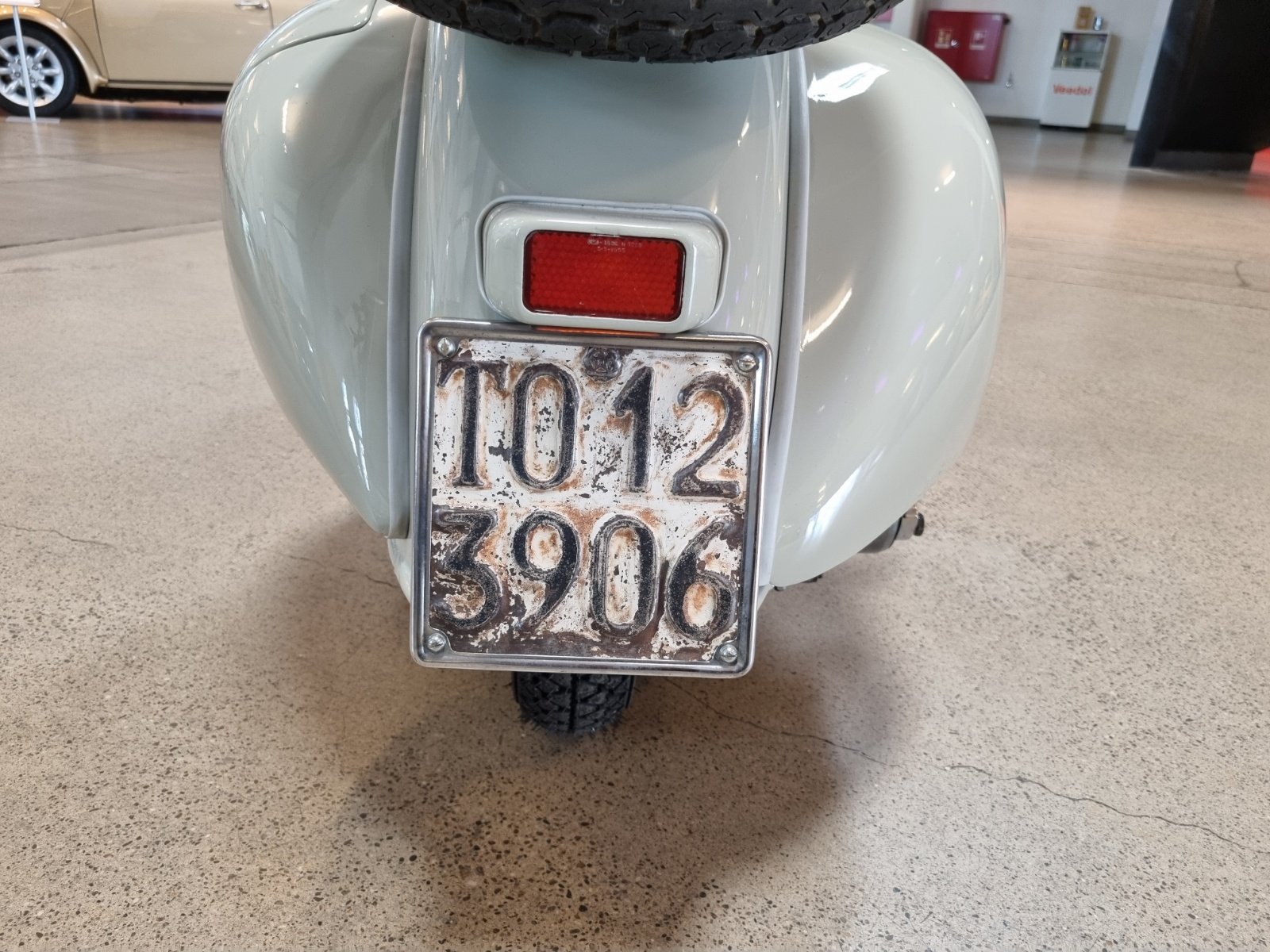 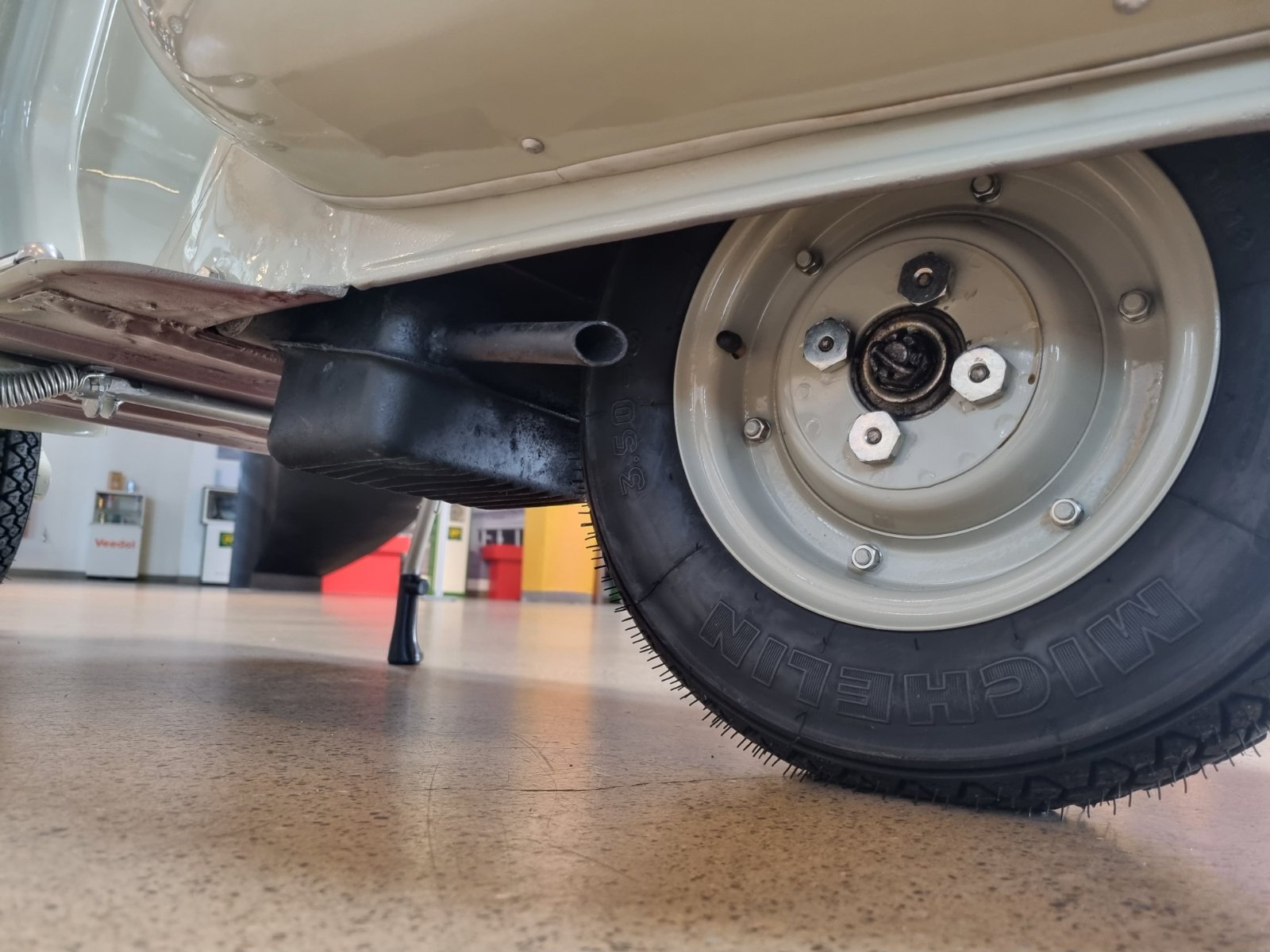 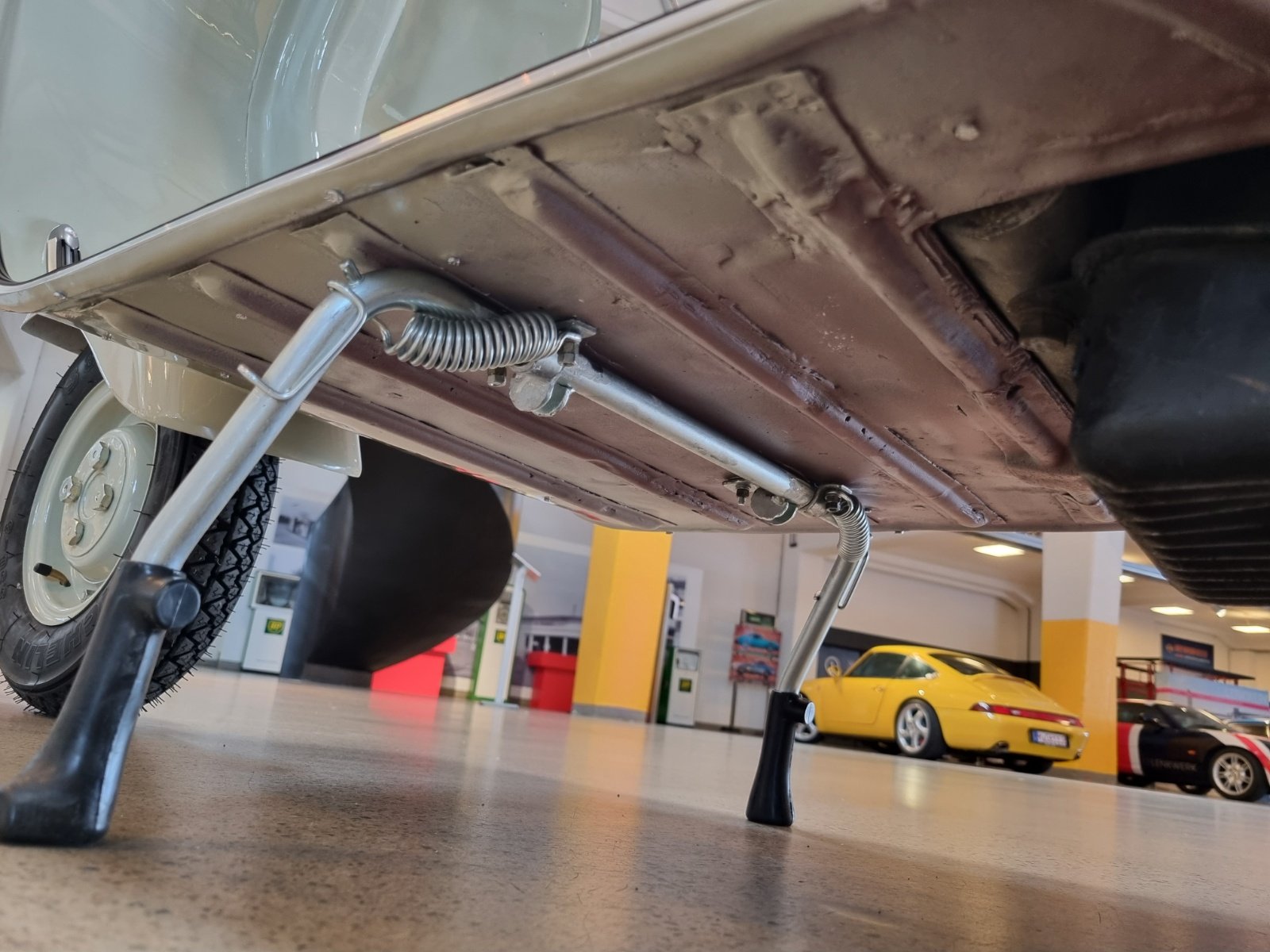 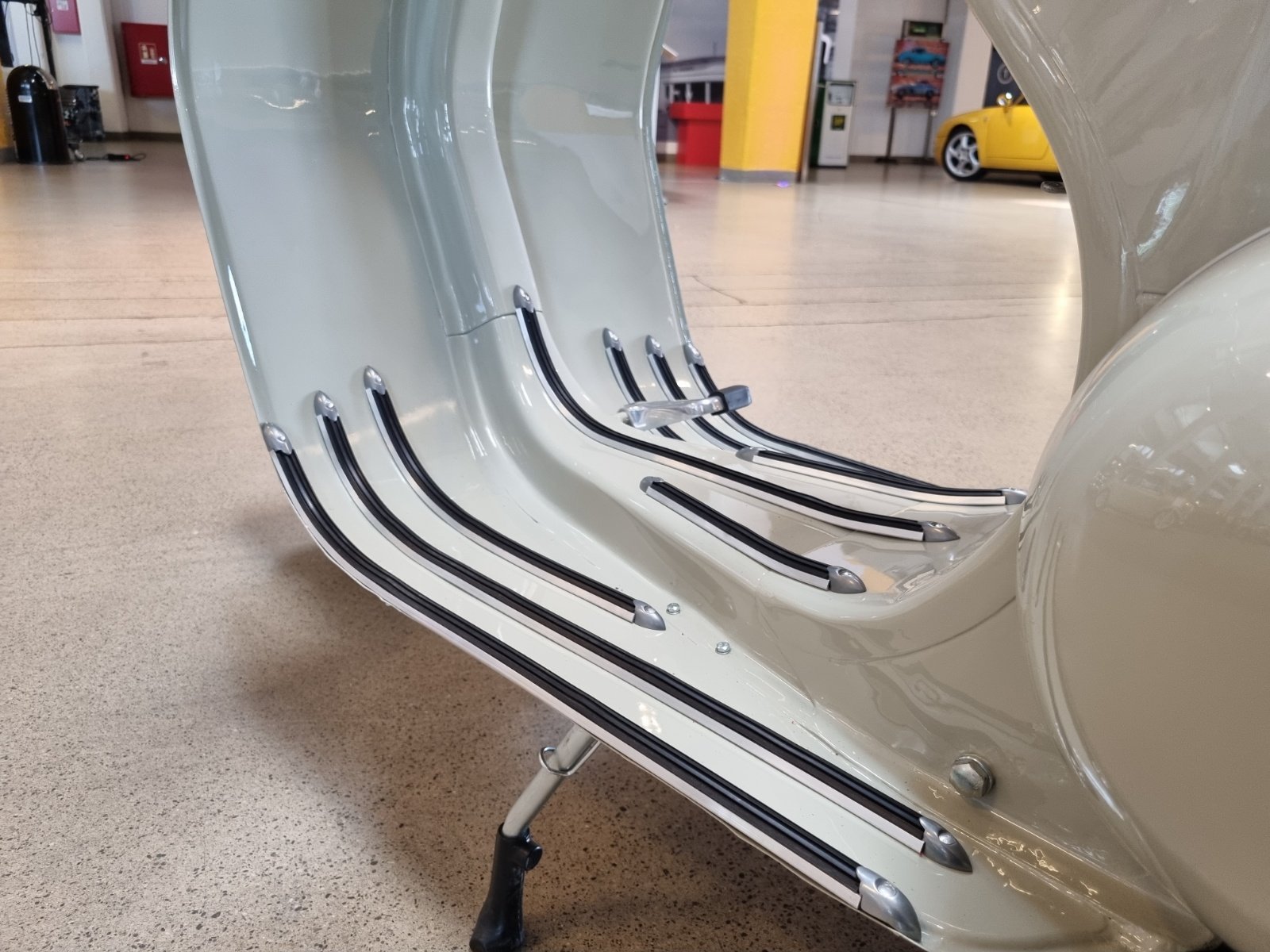 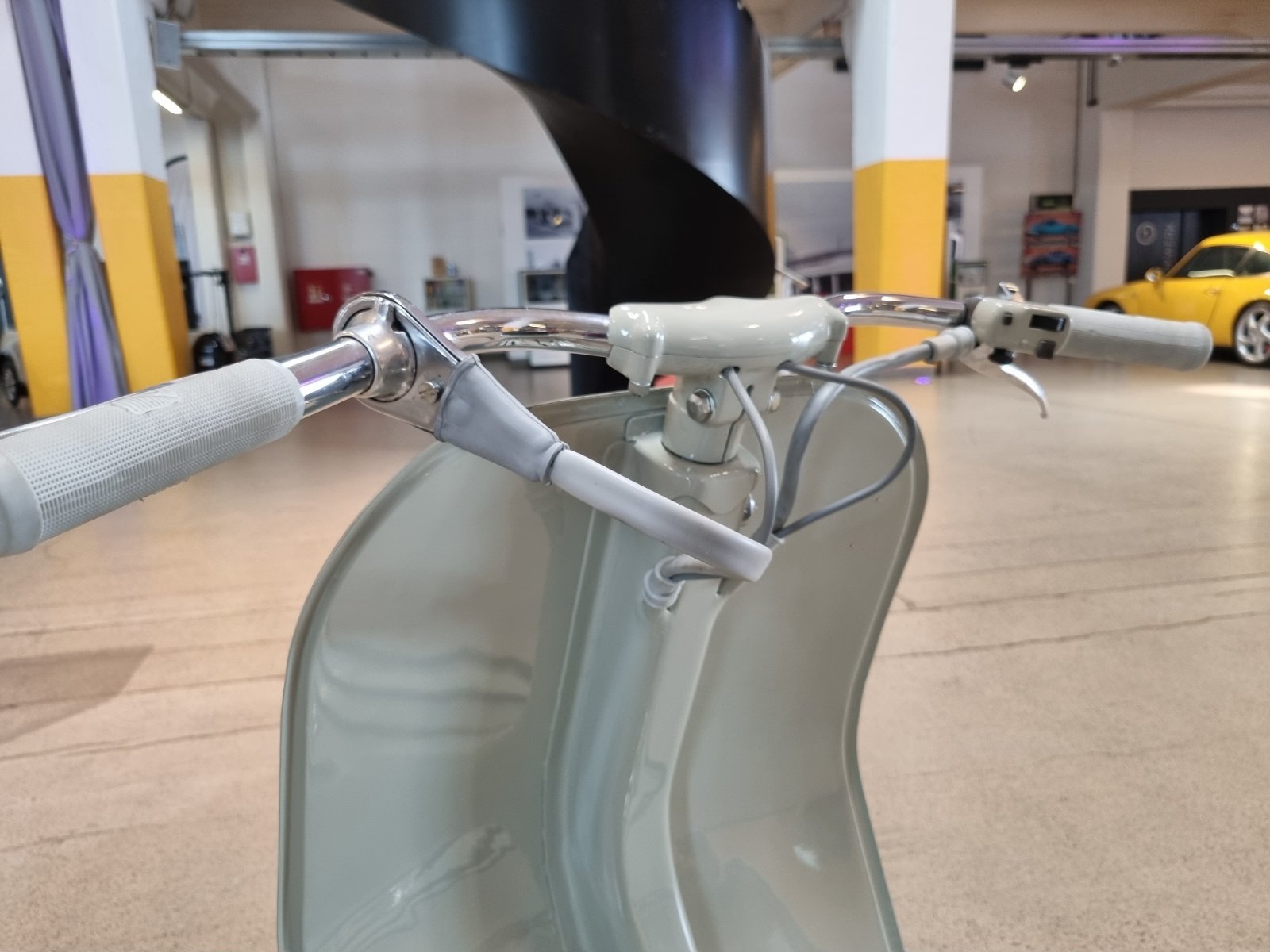 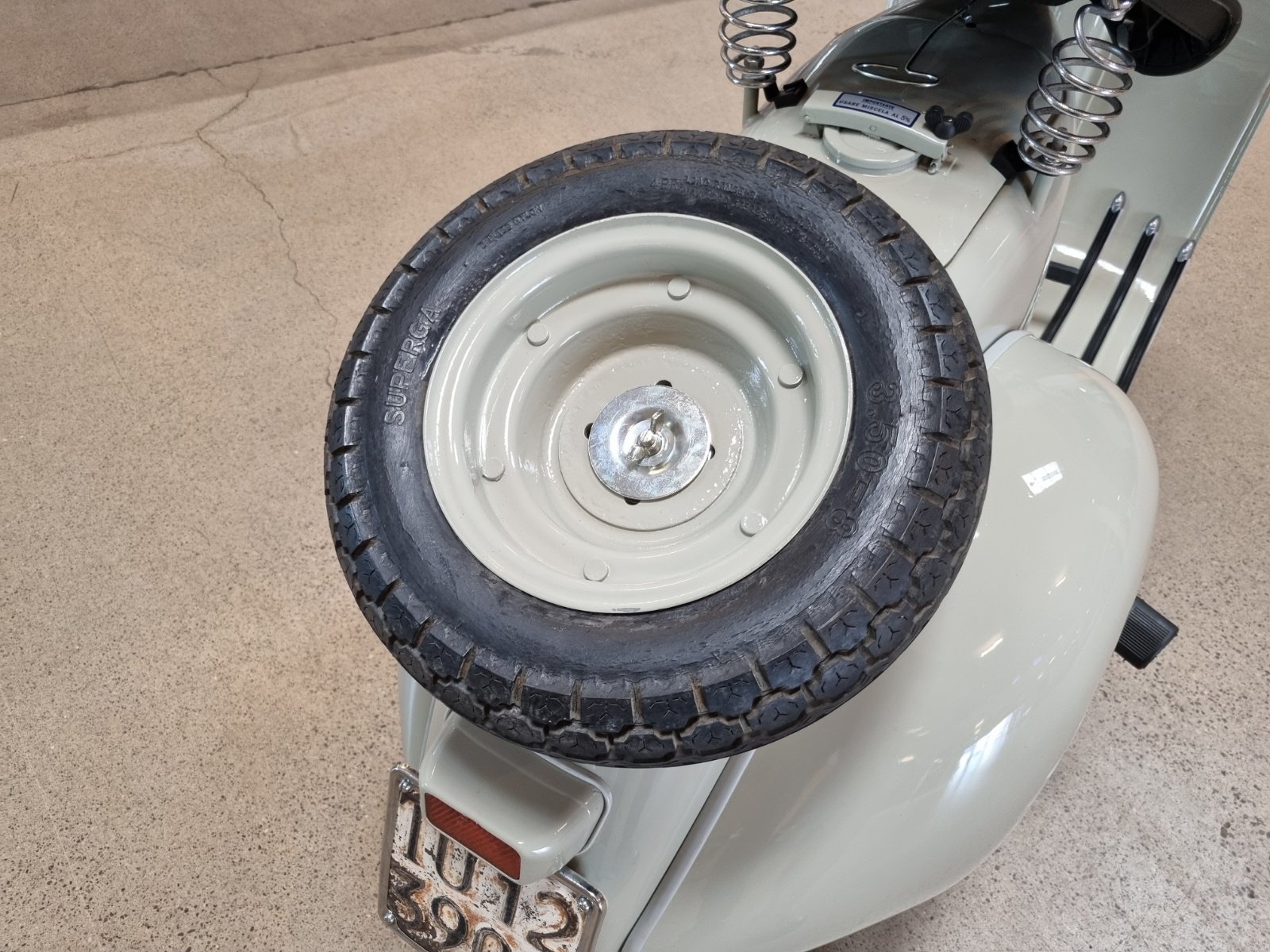 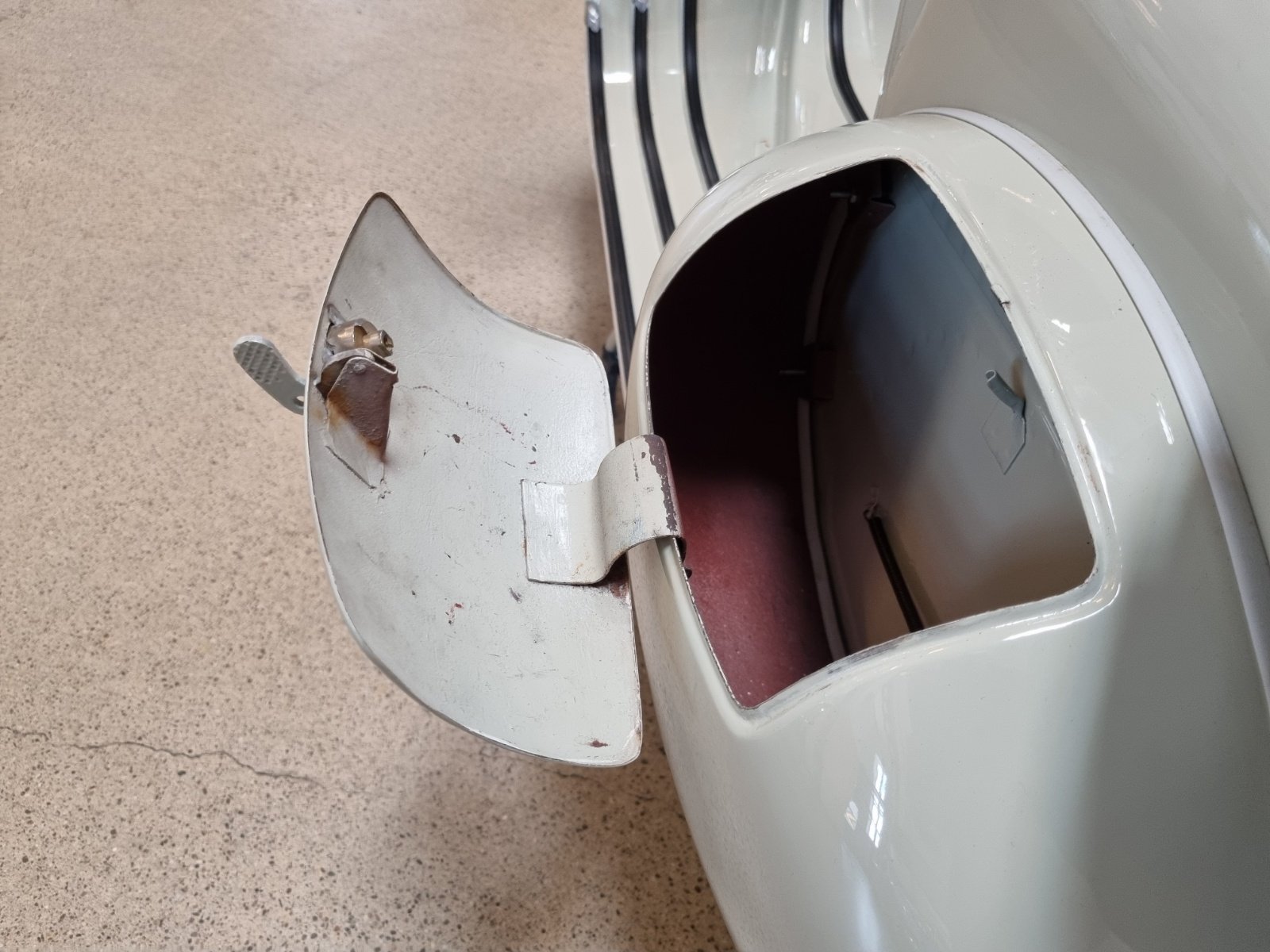 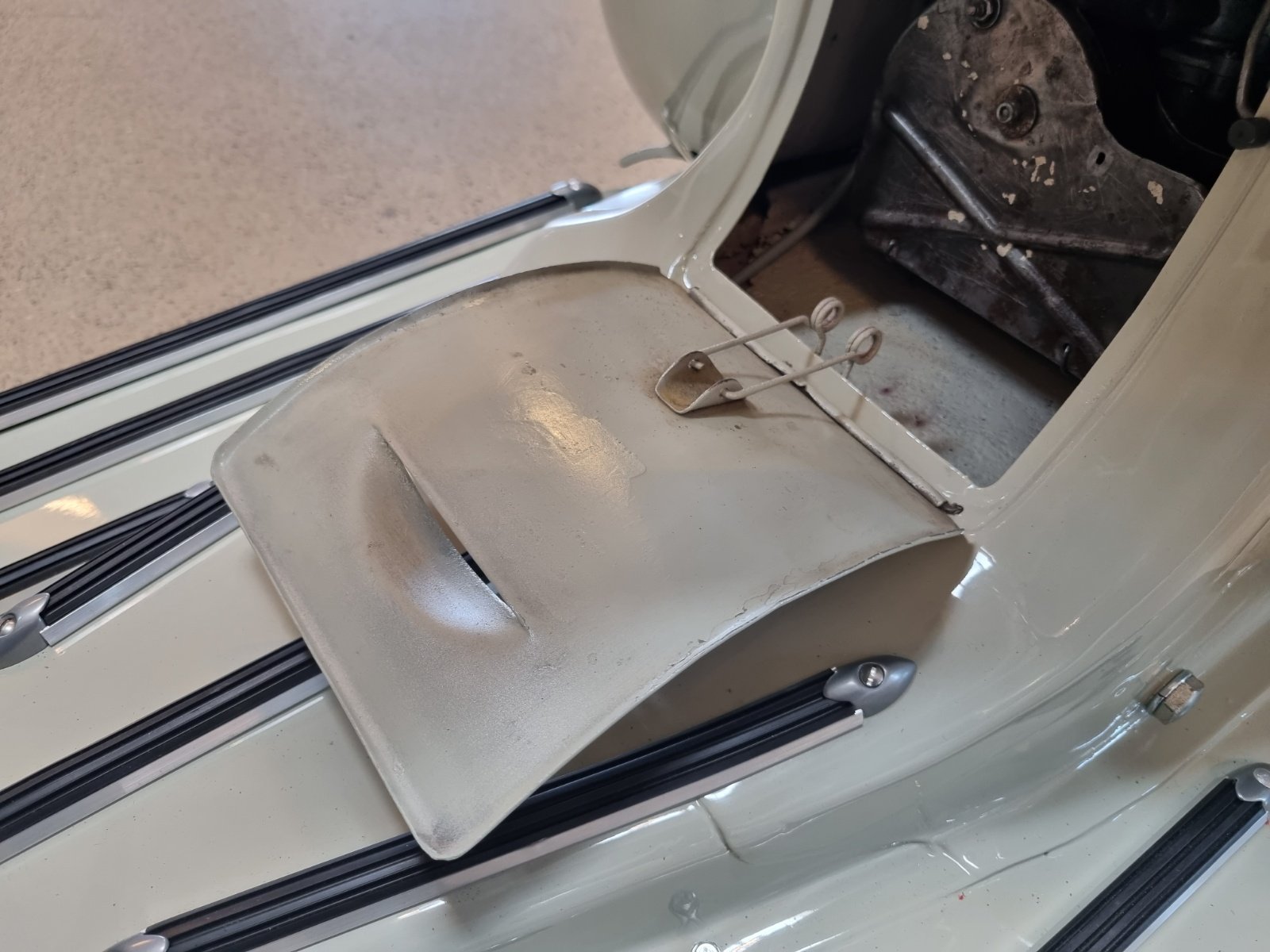 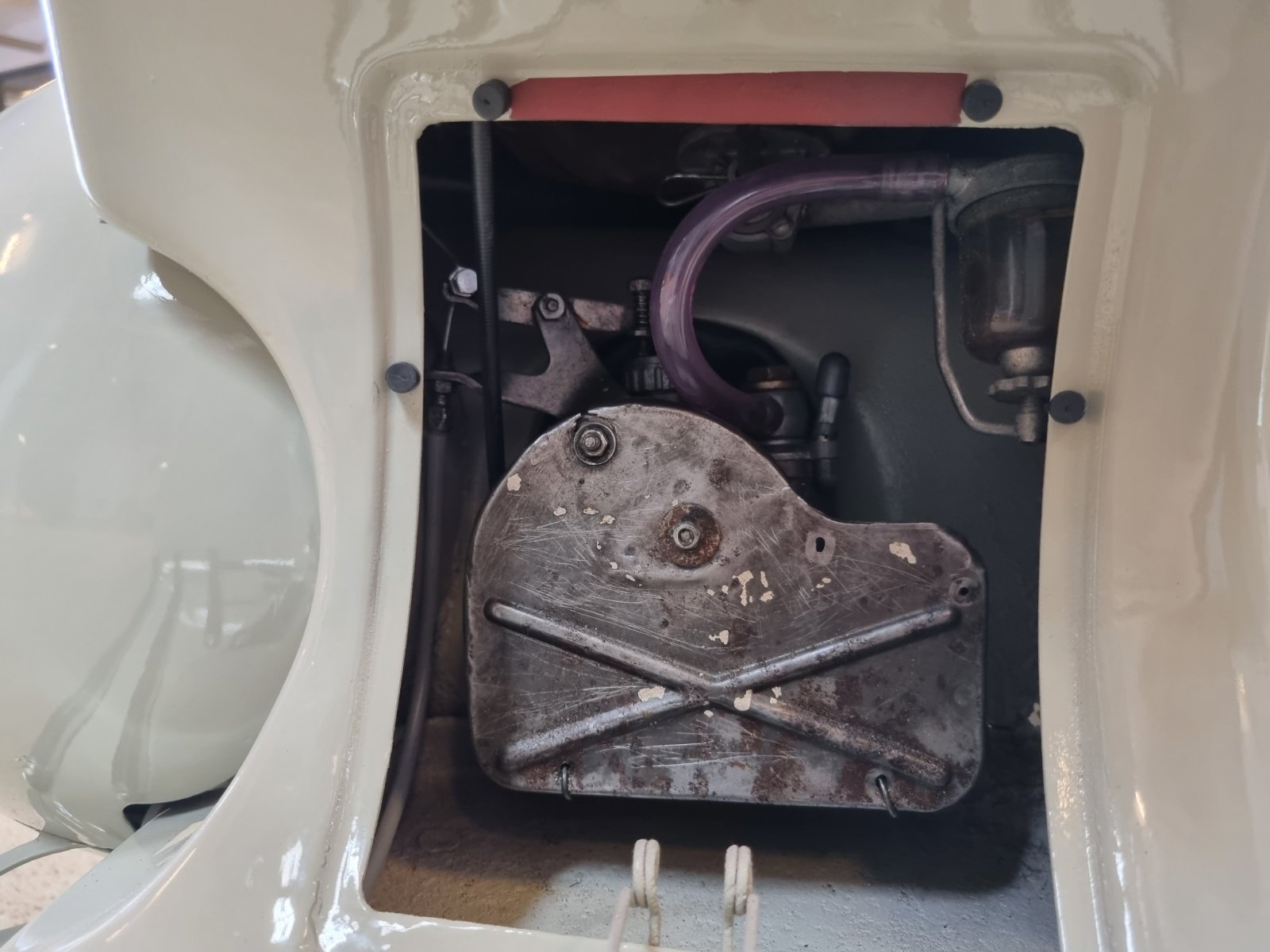 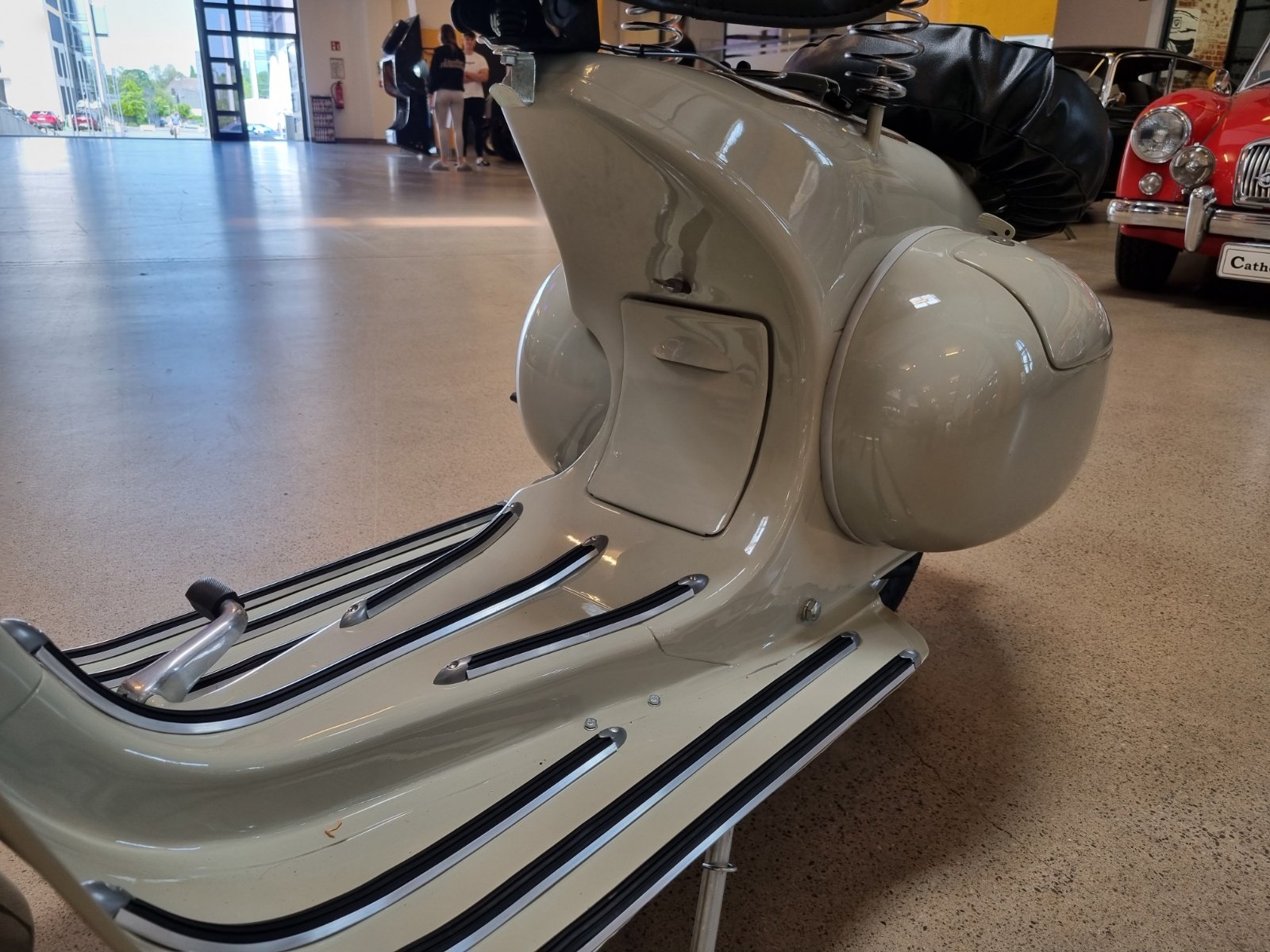 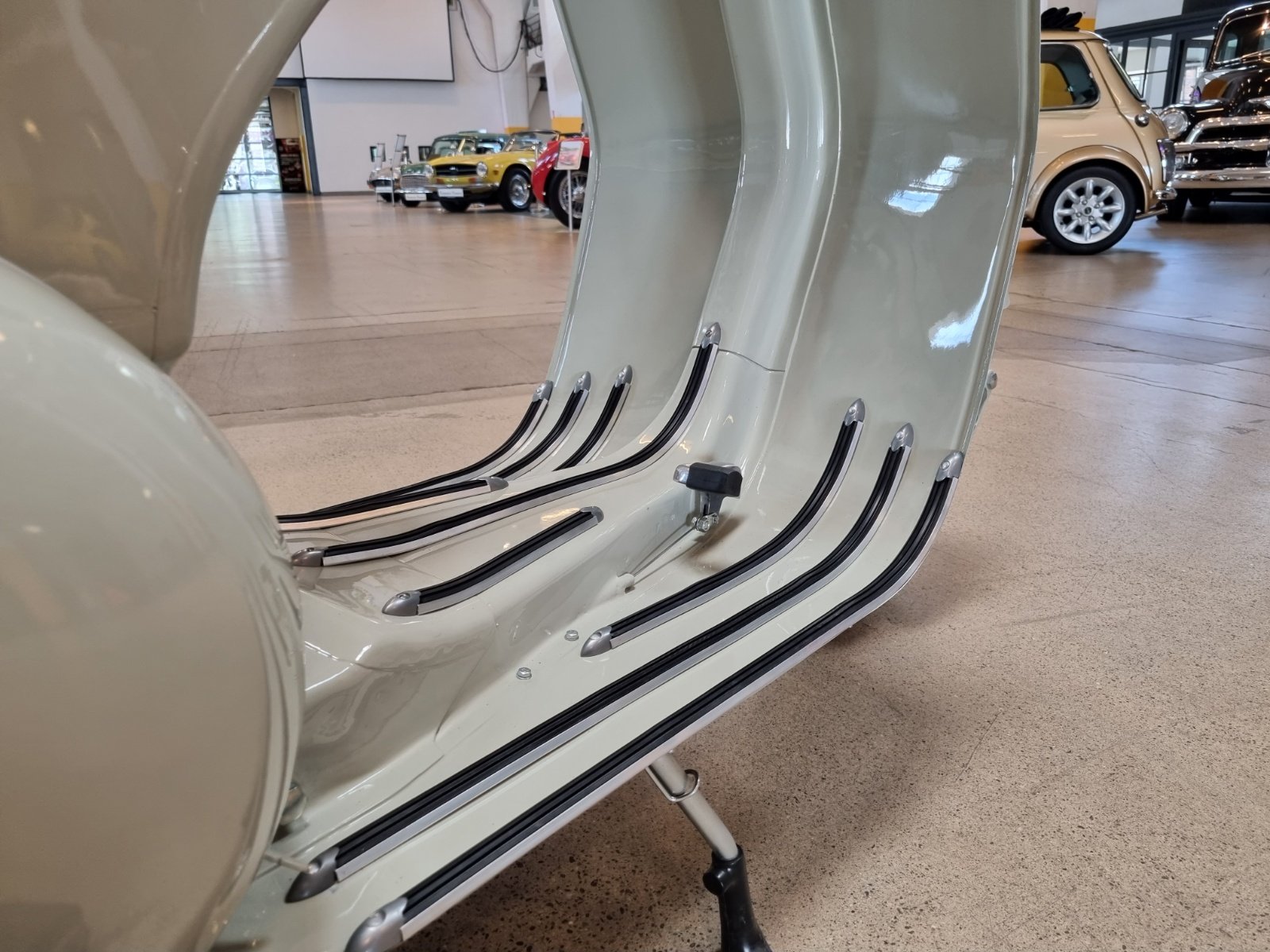 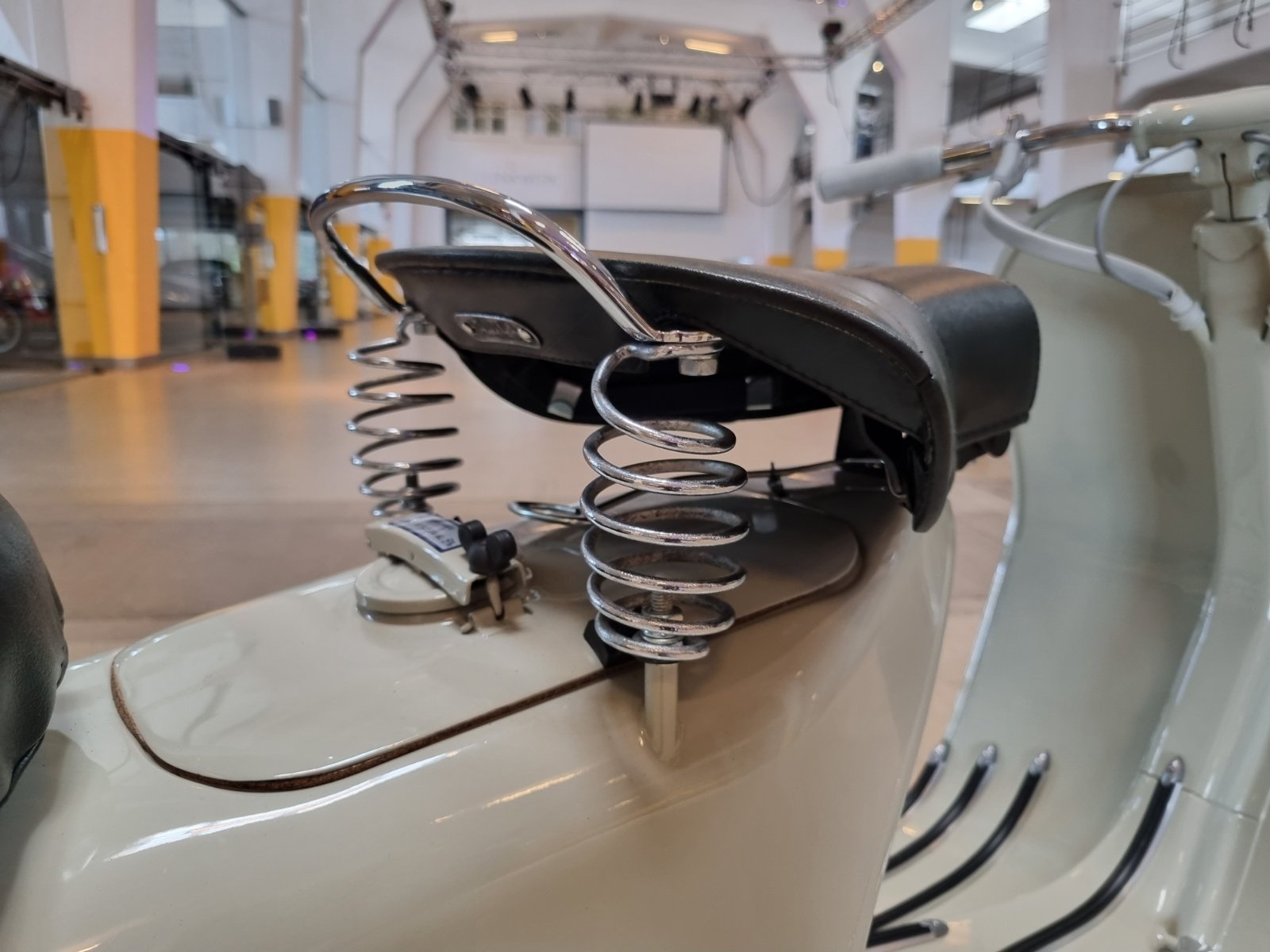 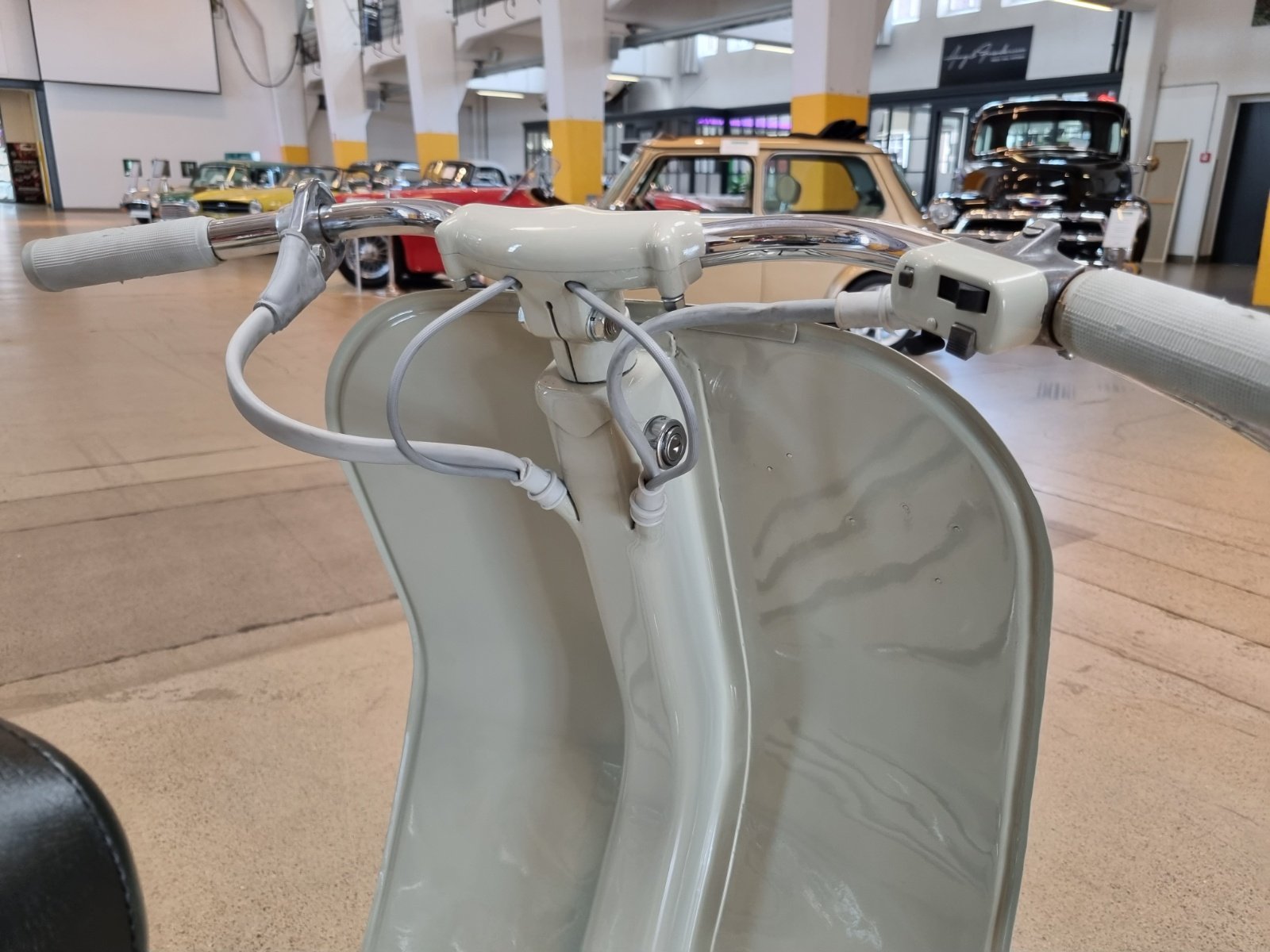 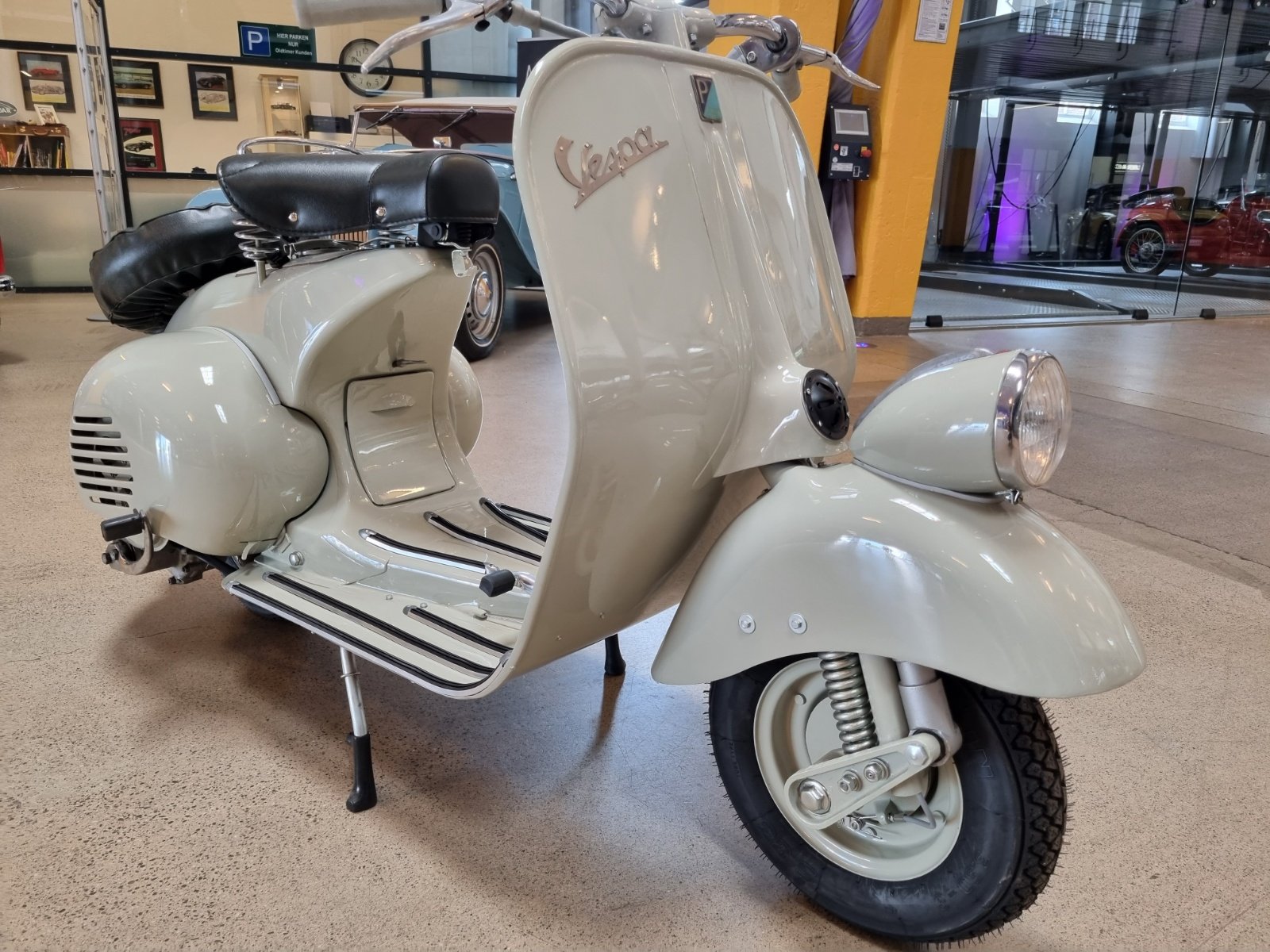 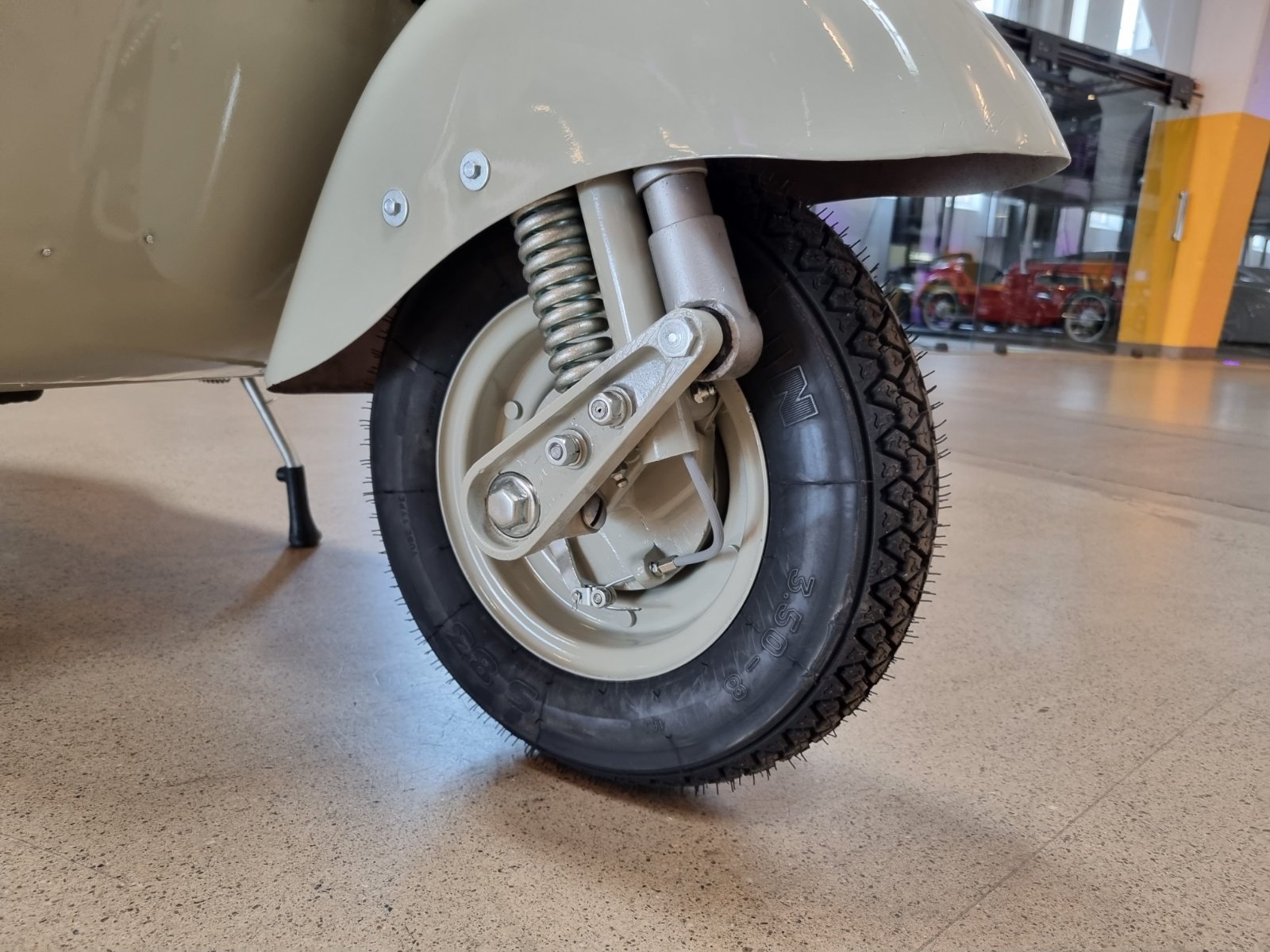 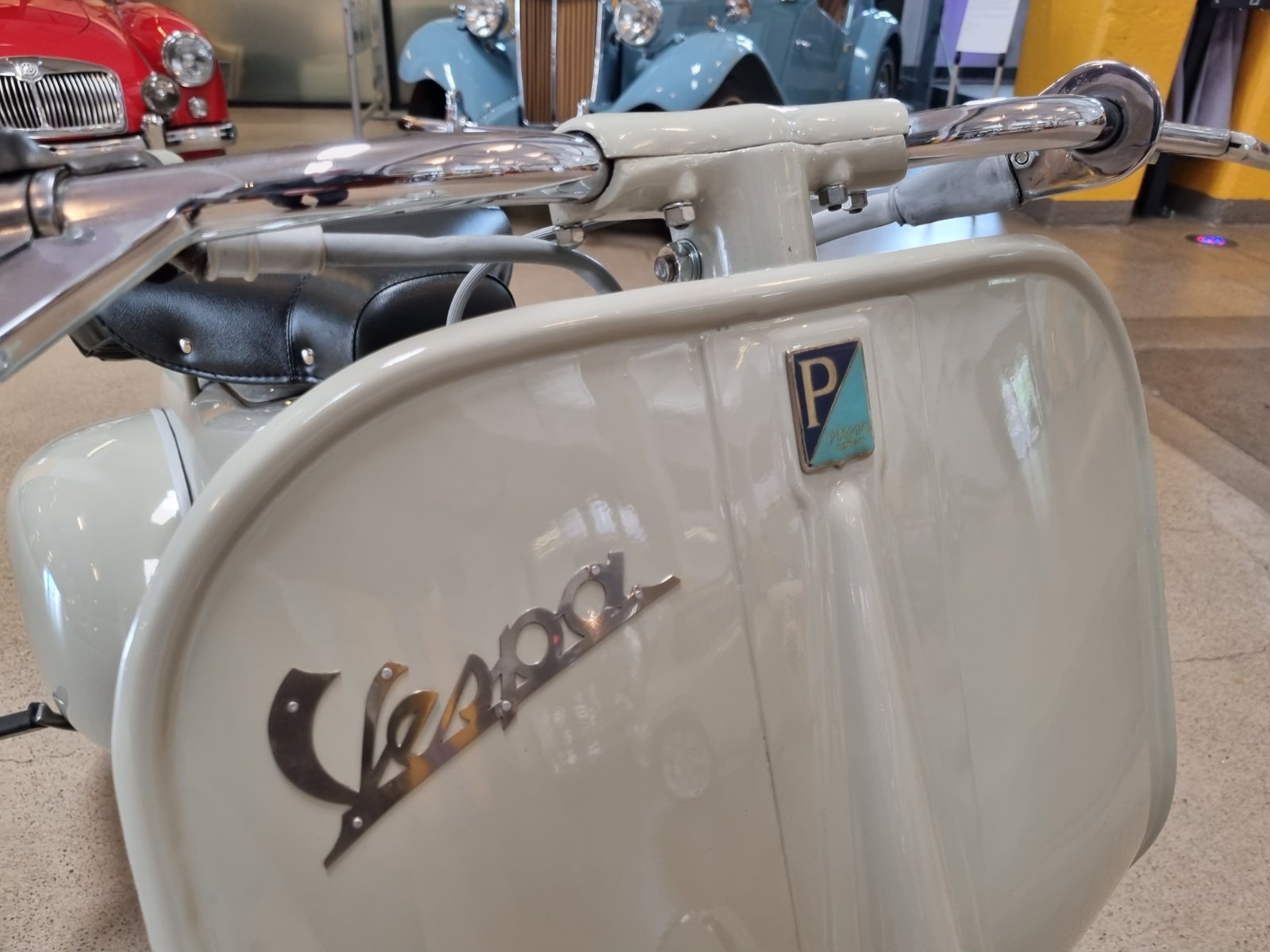